This post is a summary of the best python libraries for GraphQL. Python in recent years is starting to be on the list of top programming language. GraphQL is emerging but very promising query language and execution engine tied to any backend service.

Python is one of the most popular languages used in data science, machine learning and AI systems. GraphQL was introduced by Facebook as an alternative to REST and it’s popular of flexibility on handling complex systems.

Ariadne is a Python library for implementing GraphQL servers.

The following example creates an API defining Person type and single query field people returning a list of two persons. It also starts a local dev server with GraphQL Playground available on the http://127.0.0.1:8000 address. Start by installing uvicorn, an ASGI server we will use to serve the API:

Start by installing uvicorn, an ASGI server we will use to serve the API:

Then create an example.py file for your example application:

Strawberry is a new GraphQL library for Python 3, inspired by dataclasses. An initial version of Strawberry has been released on GitHub. Strawberry was created by @patrick91 who is also an organizer of @pyconit. It was originally announced during Python Pizza Berlin. 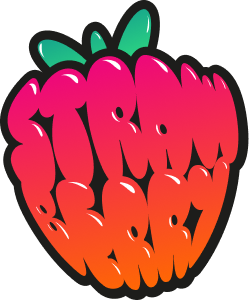 Create a file called app.py with the following code:

This will create a GraphQL schema defining a User type and a single query field user that will return a hard-coded user.

To run the debug server run the following command:

This will open a GraphQL playground where you can test the API.

Graphene is a Python library for building GraphQL schemas/types fast and easily.

Also, Graphene is fully compatible with the GraphQL spec, working seamlessly with all GraphQL clients, such as Relay, Apollo and gql.

For instaling graphene, just run this command in your shell

Then Querying graphene.Schema is as simple as: